Posts Tagged With: The President Vanishes 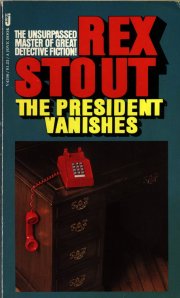 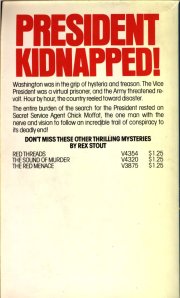 Copyright 1934,1962 by Rex Stout
Published by arrangement with the Author

Washington was in the grip of hysteria and treason. The Vice President was a virtual prisoner, and the Army threatened revolt. Hour by hour, the country reeled toward disaster.

The entire burden of the search for the President rested on Secret Service Agent Chick Moffat, the one man with the nerve and vision to follow an incredible trail of conspiracy to its deadly end!